We had another great breakfast at Loode and had a interesting chat with Valdo about Saaremaa and the place he have built up the last 10 years. Most impressive! Clear blue sky and 10 degrees in early morning. We headed to the northwestern tip Undva pank and when w approached the tip Ante suddenly shouted “Wild Boar!”. Janne smartly stopped the car and soon a Wild Boar crossed the narrow stony road, and then another, and then… a total of six boars! At Undva pank there were , surprisingly, no fog, but unfavourable winds from southeast. A stream of distant flocks of Common/Velvet Scoter/Long-tailed Ducks passed towards northeast. We enjoyed a White-tailed Eagle and a singing Greenish Warbler, before we decided to go straight to Virtsu on the mainland instead. We got back to Loode and packed our things and hit the road. We made a stop at the strait between Saaremaa and Muhu island. Had a cup of coffee and scanned the strait for birds. We arrived to the ferry berth at Kuivasto about 09:30. We had prebooked the 16:30 ferry, but there were no problem to take the 10:00 ferry. Great! On the upper deck we started to scan the strait for passing waterfowls. Janne then shouted “skua” and soon “Pomarine Skua!”. It passed close and suddenly swept down and settled at sea! After a minute it took off and continued to north.

We placed ourselves at Virtsu lighthouse and enjoyed the weather as the migration were mediocre. Instead of going to Bergsbyn (Pöösaspea) as planned, we decided to find accommodation for the night at Virtsu, which was a hard case. In the same time we were stopped by the police who did a radar speed check. Shit! 16 kilometres above speed limit. Bad! However, the policeman were kind and let us go without speeding ticket.

With kind help from Sampsa Cairenius we found a nice place at Pivarootsi on the countryside twenty minutes from Virtsu. We had a tasty dinner at Lihula and coincidentally meet the nice Estonian birder Ukker there! Please visit his blog “Non-motorized Birding 2010 in Estonia”. Then we drove back to our cottage and took a power nap before the evening session at Virtsu lighthouse. Clear blue sky and 26 degrees!

On our return to Pivarootsi in late evening we made several stops listening for warblers such as River, March and Blyth’s, but there were millions of peppery and bloodthirsty mosquitos! 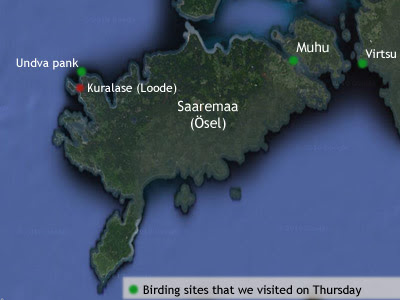 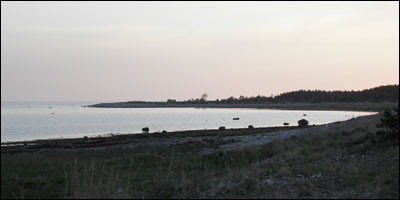 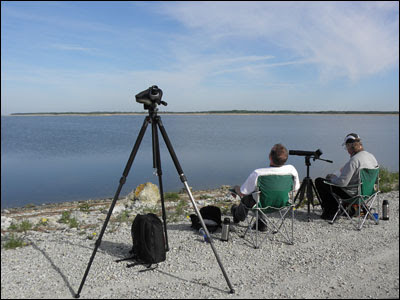 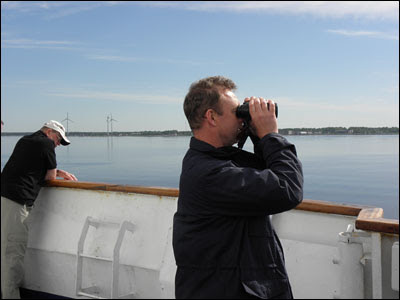 Janne scanning the sea from the ferry. Virtsu in far background. 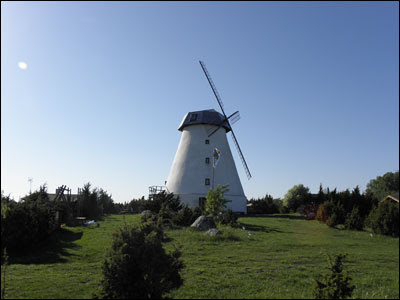 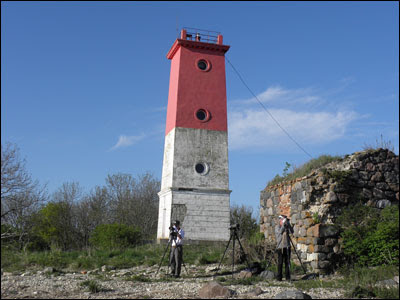 Waiting for the evening performance of migrating waterfowl at Virtsu lighthouse. 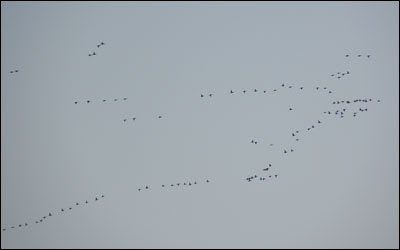 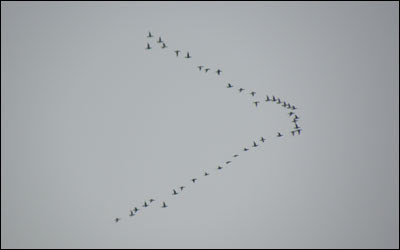